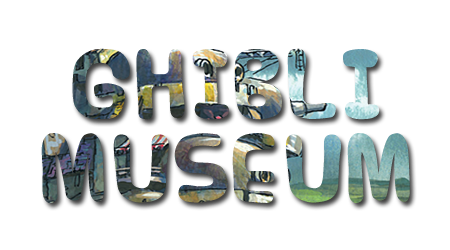 (can you guess which movie the image above is from? if you can, I salute you!)

This is my first visit to Ghibli Museum after so many years! This museum, like some others (eg. Fujiko F Fujio Museum aka the Doraemon Museum) requires tickets to be bought in advance. Meaning, they do not sell tickets at the museum itself. I doubt anyone will make the mistake of not checking the website before going, but just in case!

I went to the Lawson convenience store to buy the tickets on Feb 5, thinking it was more than enough for our planned visit on Feb 18. To my surprise, the tickets were sold out for the 10am slot! Same for the 12pm slot! T__T

It’s not like the museum just opened or anything, and it’s a weekday too! So I can only conclude that a hoard of Ghibli-crazed fans were in town that day. 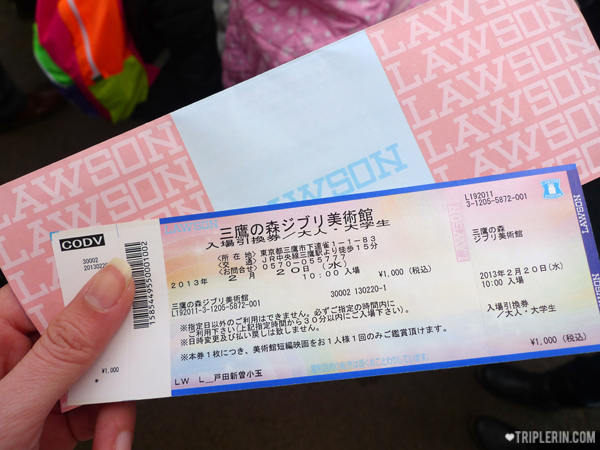 YY, M and I headed to the museum on Feb 20, and it’s quite a straight-forward walk from the station. Just follow the canal all the way to the park! The walk took about 15 minutes at a leisurely pace, and when we arrived at the park, we got all excited when we saw… 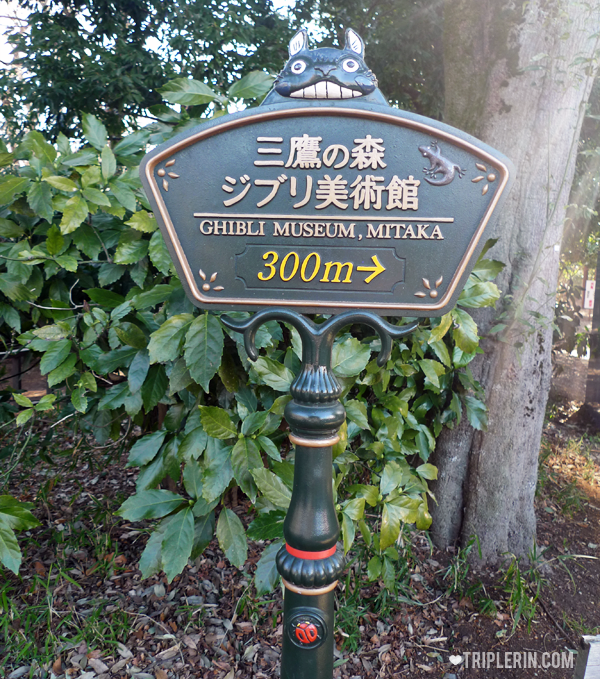 As we walked deeper into Inokashira Park, we eventually came upon the museum. As you can see, we were 10 mins early but there was already a long queue! 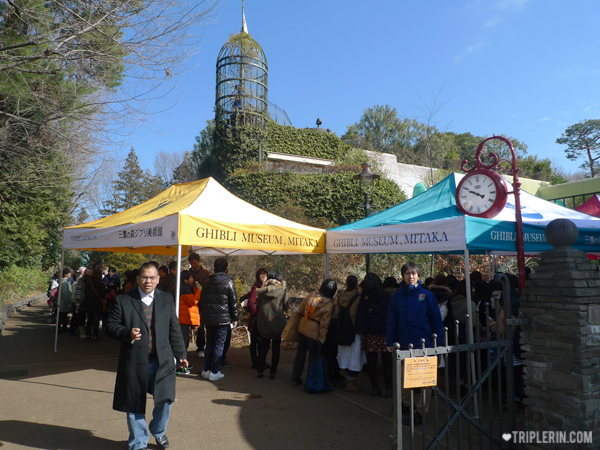 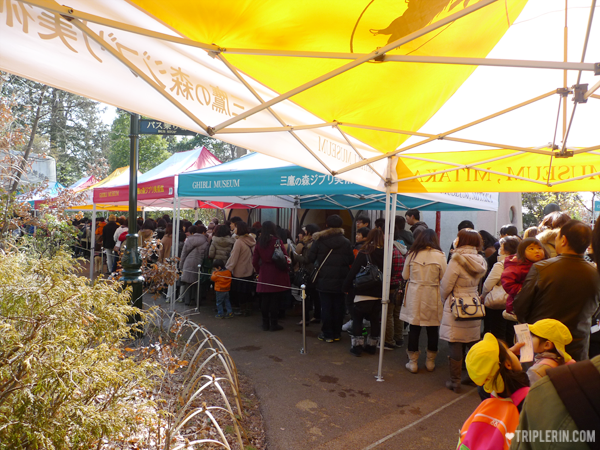 Due to the crowd, they started admissions earlier than planned. No photos are allowed inside the museum, as they want visitors to experience the museum with their senses, not through the camera’s viewfinder. We respected that and only took photos outside the museum.

Oh all right. I took just ONE photo inside, but my defense is that it’s barely 40cm from the door leading outside, so it’s almost like it’s outside! I blame the cat bus and the kids playing in it for looking so cute. (won’t post the photo though!)

MOVING ON! Legit pictures for viewing! 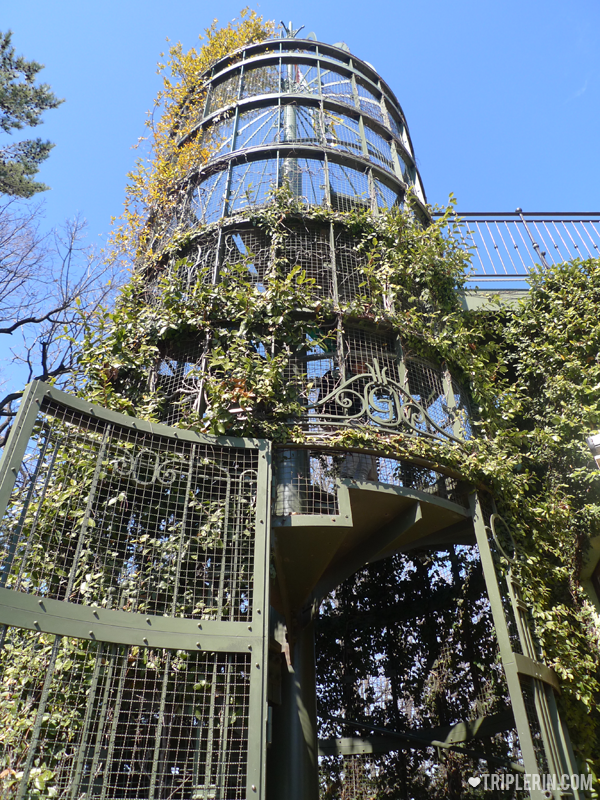 Stairwell leading to the roof 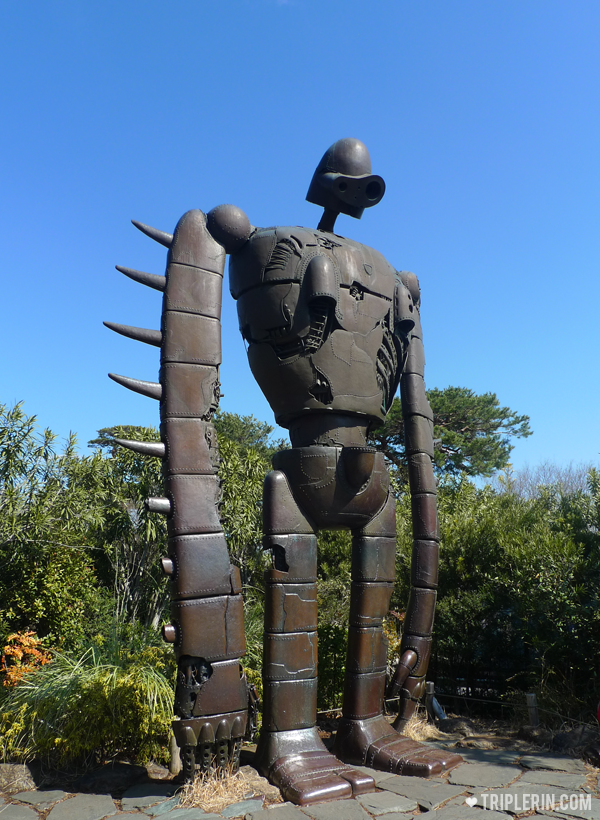 The guardian of Ghibli Museum on the roof, from Laputa! 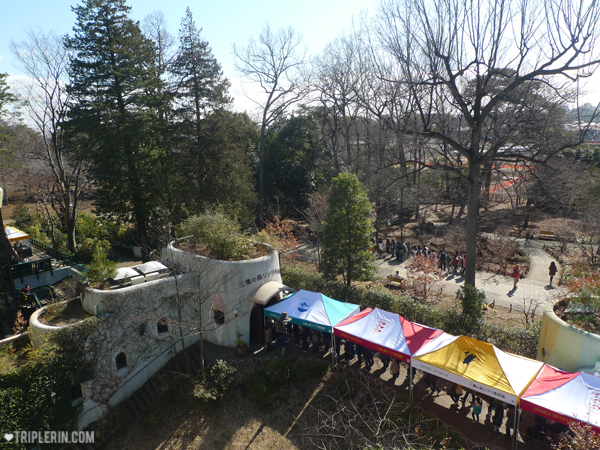 The museum in the park. Do you see the queue for the 12pm admissions? 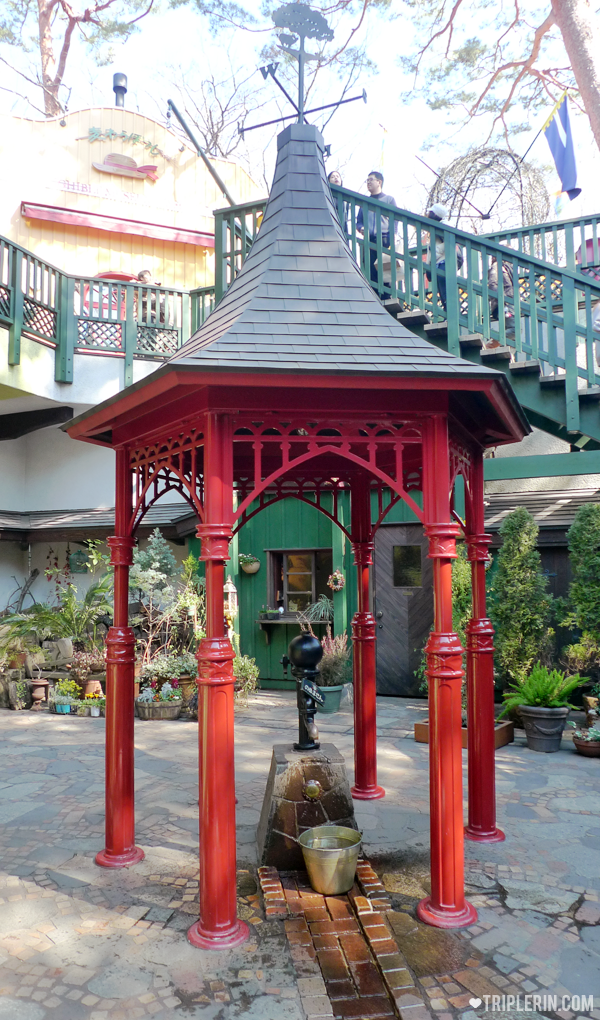 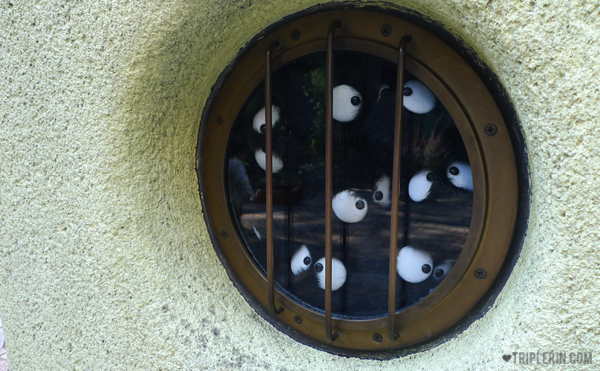 I enjoy the little touches of the museum. These soot balls are squee-worthy!

For some reason, even the sink is cute to me. Those colorful tiles and those cat taps! 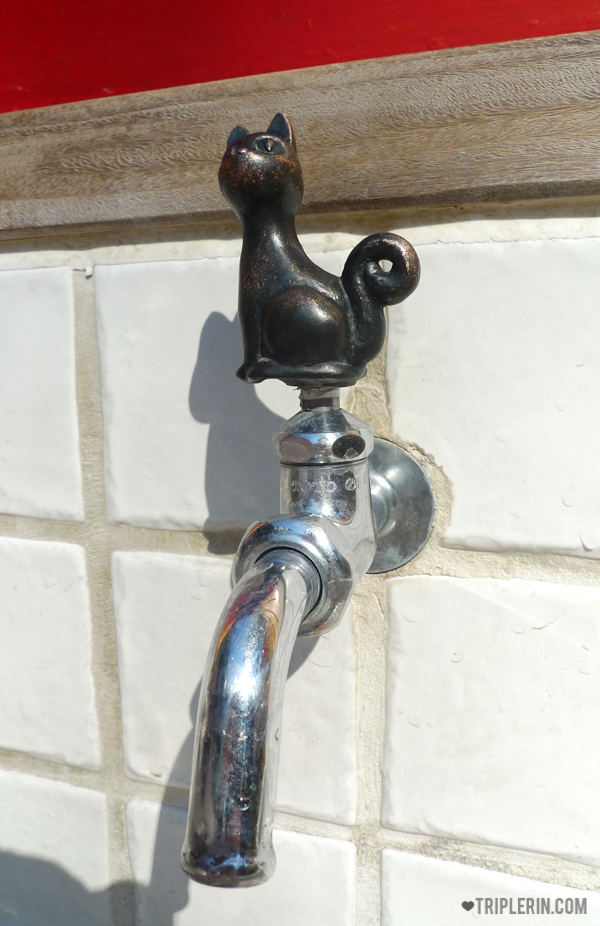 So you can better see what I’m talking about 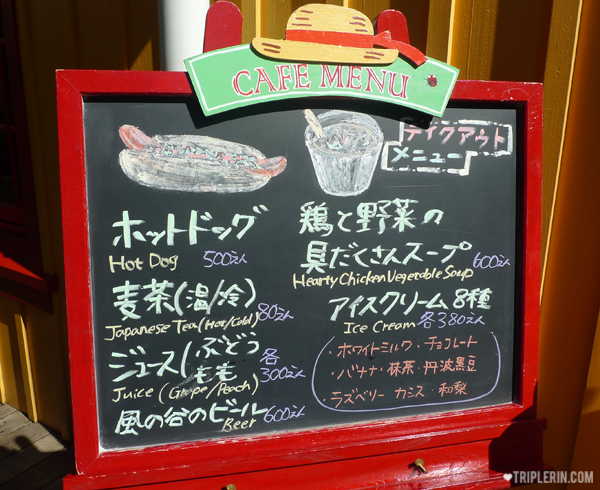 The Straw Hat Cafe menu (although we didn’t eat there)

There is a souvenir shop within the museum, and with the insane crowd in there, you’d think they were giving stuff away for free! Managed to wrestle my way through and got these: 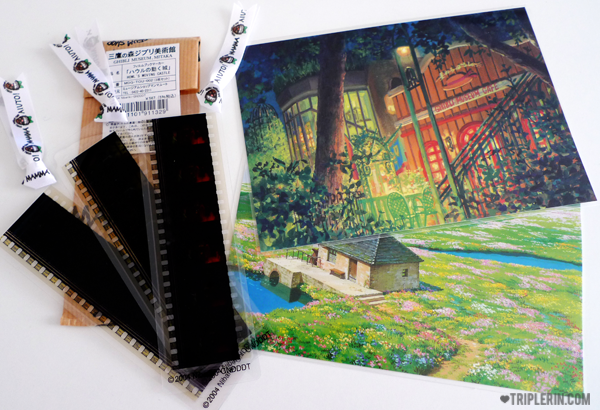 Bookmarks on the left, postcards on the right

The bookmarks are film strips of on of the Ghibli Studio movies. You can choose which movie you want, but the scenes you get are random. A bit like those blind box toys.

I picked Howl’s Moving Castle! I was hoping so badly to get Howl, but what did I get? 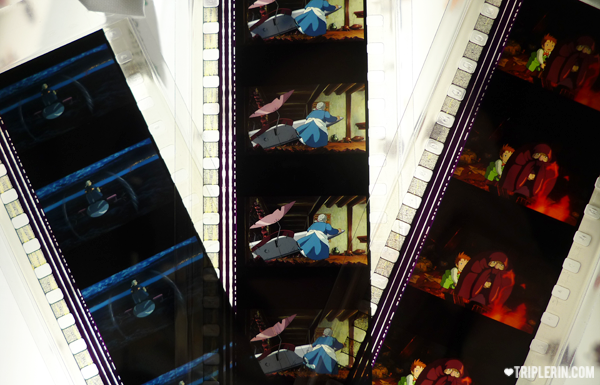 TWO!!! What are the chances of that?! I really have all the luck when it comes to blind boxes. I contemplated getting another pack, but why disappoint myself twice, right?

In conclusion, I think the museum is a neat little place to visit, especially if you are a fan of the films or Hayao Miyazaki. It’s really like peeking to the man’s mind. They replicated his workspace, displayed some of the things that inspires him and how his ideas get spun into an entire fantasy world.

We spent around 3 hours there, and that’s exploring almost every exhibit, the roof, queuing and watching the 15-min short film, time taken for picture-taking and shopping+jostling in the souvenir shop.

The nice thing is although there’s a restriction on what time to enter, there is none on what time you have to leave. Spend as long (or as short) as you like in the museum!

The museum’s official site houses all the details you need to know, from how to get tickets to how to get there. It also has (a few) photos of the inside of the museum!

If for some reason you cannot find the information you need, leave a comment below and I’ll see if I can help out!

Website: http://www.ghibli-museum.jp/en/welcome
Operating hours: 10am – 6pm
Closed: Every Tuesday (plus other designated days – check website)
Cost: 1,000yen for those above 19