Is that possible? Delicious AND cheap? 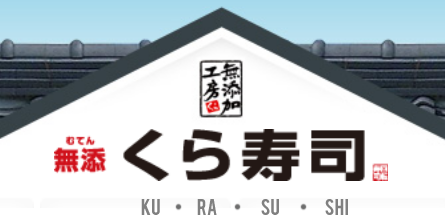 How cheap is it, really?

Of course, they have non-105yen items too, but I rarely ever eat them. The 105 yen ones are already so delicious and more than enough to fill me! 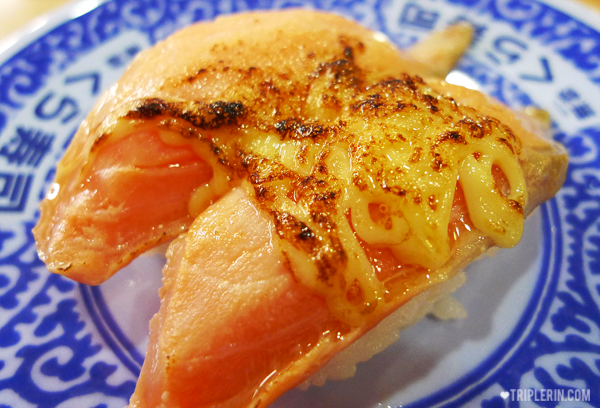 Raw salmon topped with cheese and mayo then torched on the surface. Melty cheese mixed with the half-grilled, half-raw salmon… The taste just fills your entire being as it melts in your mouth. Just… just… LOOK AT IT.

TIP!
Order from the electronic menu rather than taking it off the belt. Higher chance that they make it on the spot (and thus warm!) 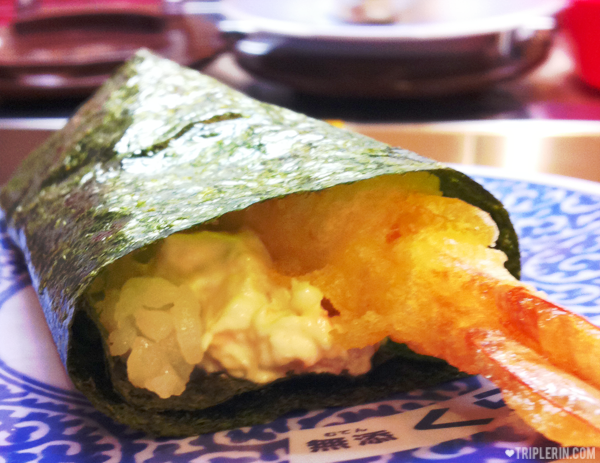 Batter-fried prawn rolled together with a mayonnaise prawn mixture. The mixture of hot and cold in this crispy seaweed roll is SO.GOOD.

TIP!
Again, order this off the electronic menu rather than take it off the belt. Also, eat it ASAP otherwise the seaweed will become soggy and sad :( 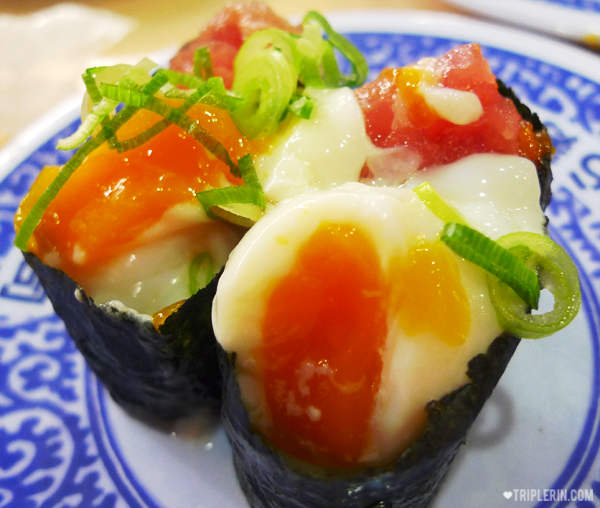 The half-cooked, runny egg when mixed with the raw tuna and rice as you chew it… It’s an explosion of yumminess. I CANNOT EVEN.

I think need one now.

TIP!
Eat this in a single mouthful for the maximum experience! 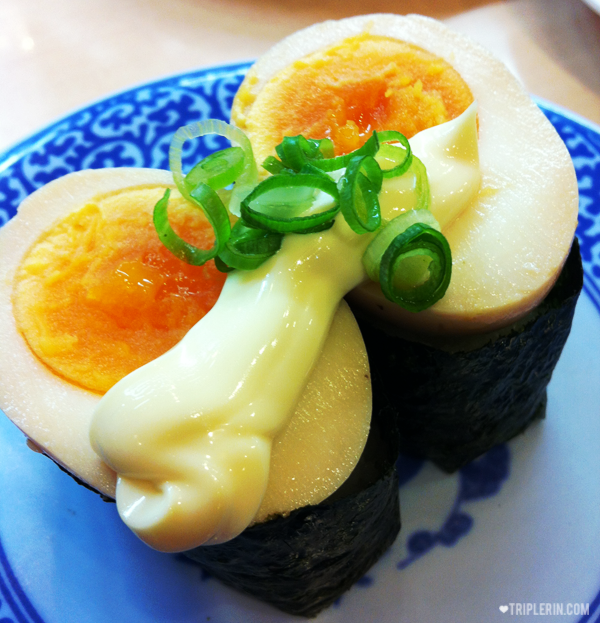 I love eggs, so and this one deserves a special mention because I’ve never seen this anywhere else. This is the egg found in ramen – looks like a hard-boiled egg, but with a soft, half-boiled center. Topped with mayo.

Try eating this in one mouth ;D

edit: Another accessible branch opened up in Ikebukuro in 2016. Just a couple mins walk from the East exit!

If you live in Japan, good for you! You can eat these anytime you want!
If you’re on holiday in Japan, go try it! You won’t regret it. Unless you hate sushi. Or life.

My favorite Oyako-don in Japan