Some time ago, I posted that we were playing Blood Brothers (JP version). Both of us have since moved on from that game.

What I’m talking about is BETWEEN SCREENS!

For example, when I’m going from the map to the main menu, that thing has to load.
From main menu to party screen, load.
For the character to walk, load.

I’m just waiting for it to load most of the time!

I transferred all my good characters to Fu, and he promised not to trade them away, because I painstakingly earned them haha. I will actually set alarms throughout the day so that I know when the energy gauge has refilled and I can move again lol.

Fu stopped playing a few days later. I guess it’s just not as fun without people you know playing.

We are both now playing… 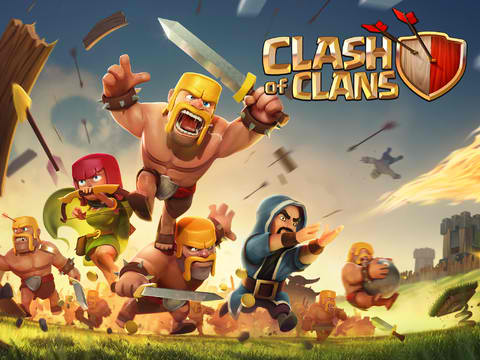 Also a game recommended to Fu, and when I saw him playing, I also wanted to play, heh.

Build your town, strengthen your armies, and GO TO WAR!!!

Raid your target’s gold and elixir reserves to build your town even further! Muahahaha.

Of course, I’m simplifying it. You have to strategize what/when to build, how to attack, who to attack, what troops to deploy where, etc.

It’s really quite fun! I’m playing it throughout the day and one of the first things Fu does when he gets home is check on his town. Never even look at the wife, but play game first T__T

The only downside is that it can only be played on iOS devices, so I can’t play on the go unless I want to lug my ipad around D:

Anyone else playing this game?

ps: This post is also to partly answer questions of “What are you doing?” This is one of the things. Now you know!