I did a long-ass post on train traveling in the old blog, and thought to refresh it a bit (thus “2nd Edition”) and post it here. I think it’s super useful + don’t waste the effort I put into doing it!

Why do I keep posting about train travel in Japan? Because it’s the most efficient way of traversing Japan, but can be incredibly daunting to the newcomer. So unless you:

If you come from a big country with an extensive rail system like USA or UK, then you might be more used to it.

Of course, the language differences will just completely knock you over. Need proof? 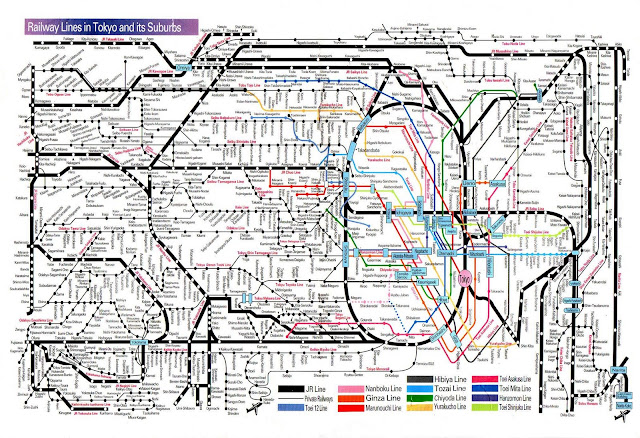 This is just Tokyo, of course.

Within Tokyo itself, the trains are run by many separate companies which own many separate lines, which only serves to complicate things. But we’ll get to that in a bit.

See what I mean with the multiple companies and lines? Be sure to check which line you are taking AND towards which direction before you board!

There are times when you have to exit the station to change to another line.

So why did the train just zoom past my stop?!

Ahh. That is because there are several types of trains.

The most common trains are the local and rapid trains. Though there are some lines that have up to 4 types (or more) of trains. I’ll just cover the basic 2 types, since the rest are just variations of rapid trains.

Local trains（各停）stop at every single station. Simple enough.
Rapid trains （急行）will stop only at selected stations, generally the busier or more populated ones. So how do you know which stations these trains will stop at?

Ask someone, if you can. Or just read the map. The question is… how? 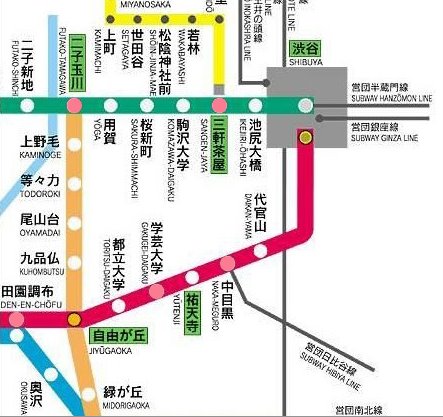 This map uses dots to represent stations (there are some others that look like this).

If a station has some other color dot (like pink in this case), then it means another type of train will stop there in addition to the local train. i.e. Den-en-chofu (pink dot) has 2 trains calling at the station: local and rapid train.

Whereas Daikan-yama (white dot) only has local train stopping there. The rapid train will zoom right past this station.

So say you wanna travel from Den-en-chofu to Shibuya. You could take the local train, which is like 7 stops. But you could travel more efficiently by taking the rapid train, which stops at the pink dots, making it just… 3 stops! Perfect for the busy tourist.

TIP! Sometimes the rapid train doesn’t come until much later, so you’re better off taking the local train. Or you could calculate and see which one gets you to your destination faster.

You should always know which exit you are heading for because in some stations, you can’t backtrack so easily.

Say the exit you want to go to is exit 1. “But hey, I got off the train near the escalator to exit 2, so I’ll just take it first then go towards exit 1 after I get out of the ticket gates.”

After you pass through the ticket gates, you realize the sign for exit 1 is gone! Only darn directions for exit 2. What happened to exit 1???

Thing is, there are sometimes separate ticket gates in the same station. So it doesn’t always lead to a main place where you can take your pick on which exit to go.

Best to always follow the sign for the exit you want the moment you get off the train. Shinjuku station has more than 200 exits! How’s that for mind-boggling?

Japanese are really mindful of their surroundings, so I think it is only respectful to pay them back the same courtesy.

I have never heard a phone (apart from my own, ACCIDENTALLY) ring on a train in Tokyo before. So be sure to set your phone on vibration mode when traveling. Also refrain from talking on the phone. You will notice no one really talks on the phone. SMS-ing is fine, as long as you don’t have irritating clickety-clakety nails that drive people nuts.

Eating and drinking is allowed on trains! But please, no noisy food like noodles or overpowering smells like curry.

Remember, the key idea is to not pose as an inconvenience to other people. Goes without saying that you should clean up after yourself.

Ahh, if they are so considerate, why would they squeeze each other to the point of distortion?

Because there are worse things than being out of shape… Being late.

It’s like some huge taboo to be late for work, so you really have to pardon them.

That said, here is how to pack yourself into one of these trains, just for the fun of experiencing it :D

Tokyolites are used to it, so nobody will say anything, unless you very deliberately and pointedly jab them in the eye or something. Even so, they might just let it pass.

People here queue for the trains. And actually keep to the queues.

Real one!
Not like in Singapore where the aunties fake you -_-

So it’ll be mighty embarassing if you walk up and stand right in front of the train door opening, or pretend to queue, but dash forward the moment the train doors open ala Singaporean auntie style. (UGH. I really hate people who do that!)

There are usually 2 queues for each door. When the train arrives, the left queue will move to the left side of the door, out of the way of the alighting passengers. Similarly for the right. So be nice and do as the Japanese do.

When traveling on the escalators (any escalator, not just in train stations!) in Kanto, always keep left if you don’t intend to climb. Left is for lazy people to just stand there, whereas right is for people who want to move quickly.

In Kansai (Osaka, etc), it’s the opposite. Keep right, walk left instead. 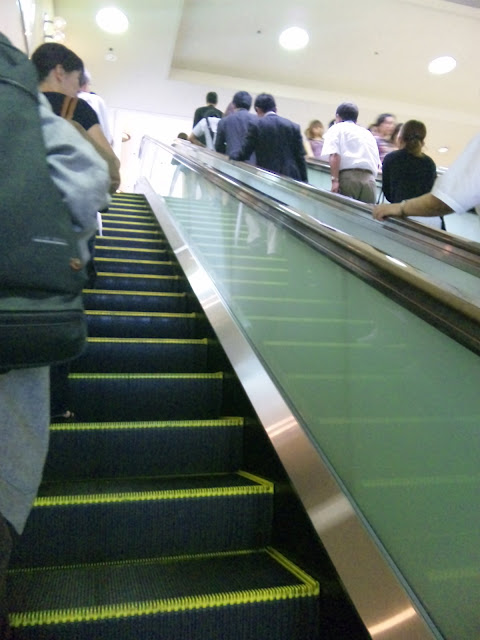 No idea how much you have to pay for your ticket? I would really recommend you to get the Suica card, especially if you’ll be traveling a lot by train. 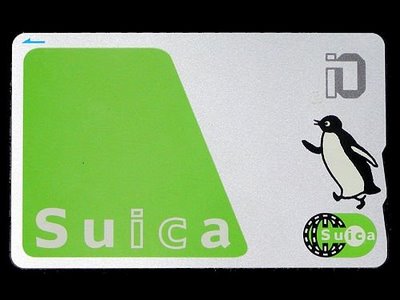 You can get it from any of the ticketing machines. (English language option available) It works just like an ez-link card.

Of course, there is the other option of buying paper tickets, which most tourists seem to favor, for whatever reason.

Two separate groups of friends who came from Singapore recently used this option. More a Japanese experience, perhaps? Anyway, you can get them from the machine, and they look like that: 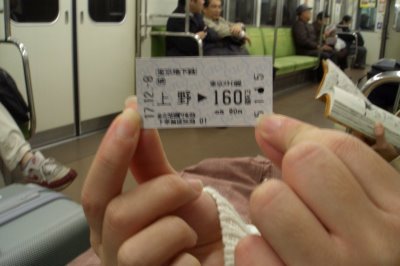 Knowing exactly how to pay for your fare can be difficult to figure out at times, especially if you’re traveling over multiple lines.

The trick is to buy a ticket with the lowest fare. When you reach your destination, just top up the amount either at a top-up machine near the ticket gates, or if you can’t figure out the machine, go to the station master.

The amount you pay is exactly the same as if you bought a full-priced ticket, so no worries!

NOTE: The machine will retain your ticket when you exit, so if you wanted it as a keepsake, pray that the machine somehow malfunctions! (There were a few times it returned me the ticket!)

9. Climb, climb and climb some more…

There are some stations where there are no escalators or elevators. ZERO. Even in popular spots like Harajuku.

So be prepared to… 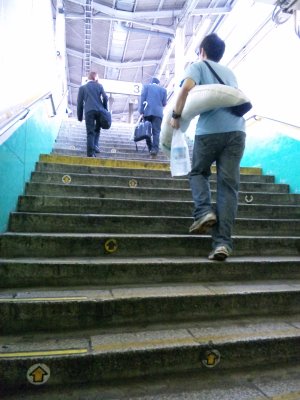 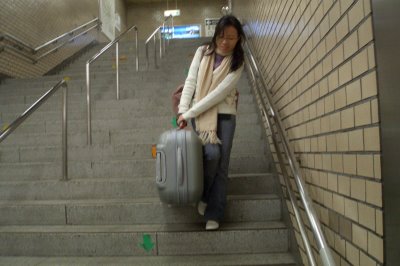 and climb some more….

I hope it was helpful! Or at least entertaining…?