We went to Osaka last week for a short getaway to celebrate Fu’s birthday!
(thus the lack of updates…)

What do you think of when you hear “Osaka”?

For me, it’s definitely… 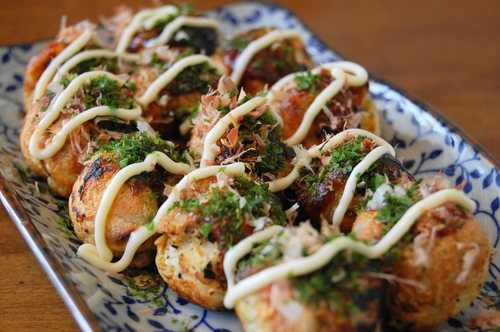 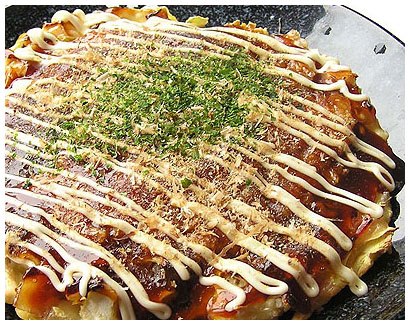 Okonomiyaki…
…  and Kansai-ben (a Japanese dialect)!

I planned (and paid for!!!) everything as a present to the birthday boy :D

I will be slowly posting our trip as I edit the photos and write the posts. The keyword here is slowly haha. It’s not that I’m lazy… These things really take a lot of time!

How to travel from Tokyo to Osaka?
There are various ways;

Initially, I was looking at traveling via train, because I love traveling on Shinkansens! It’s fast, clean, has scenic views, I can eat ekiben, and I fall asleep on trains faster than you can say “Shin.kan.sen”.

Driving there was out of the question because we don’t have the license to drive in Japan (yet).

Plane? There were actually cheap plane tickets! But after factoring in the extra costs and hassle to travel to and from airports, which are usually very far away from the city center, it wasn’t justifiable any more.

So that left me with… Bus.

The upside of bus travel is that it’s cheap, and… ok, it’s really only the price that attracts me.

I traveled by bus in Japan only once, on my first trip to Japan with BFF Carys ♥
It was a Tokyo-Kyoto leg then. Kyoto is right beside Osaka, so the trip took about 7.5 hours.

During that bus ride, we had the WEIRDEST experience. When we arrived in Kyoto, our teeth were hurting! Not the gums, not the muscles, the TEETH. It was damn weird and I cannot explain it, but I just know that it’s the teeth that were hurting.

The pain lasted a good part of the day. We tried to guess what could have caused the pain. Maybe we were clenching our teeth too tightly while sleeping? Or maybe the movements of the bus caused our teeth to knock together and resulted in pain after over 7 hours of knocking? We will never know!

I have since steered clear of long-distance bus travel because of that incident!

But faced with the difference in prices this trip, I had no choice but to go with bus. I contemplated chewing gum and leaving it between my teeth while I sleep, or maybe biting a piece of cotton/rubber/sponge to cushion the impact. (this is with the belief that our hypotheses is true)

In the end I decided to heck it la. So ridiculous. Leaving something in my mouth for 8 hours is so gross! Imagine all the bacteria and saliva that will accumulate! -shudder-

There are many bus companies that ply the Tokyo-Osaka route, and I chose Willer Express, mainly because they came out top in Google results, have a very good (English) website and have a variety of seats.

Of course I also researched the company a bit. No major issues, so they’re cleared.

The pass allows you to take a maximum of 2 routes per day (one daytime, one overnight)! All over Japan! So if you’re crazy enough, you can take maximum of 6 rides on a 3-day pass! Of course, I have no idea why anyone would do that. Most of the time will be spent on the bus since Willer Express only does long-haul trips…

All reservations are done online (super simple) and even for just Tokyo-Osaka, there are many different combinations of locations and departure times to select from. I like that.

I selected to depart from Shinjuku at 10.40pm, arriving at Osaka station at 7am. This way, we can save one day of leave for Fu, and arrive in the morning for a full day! Heh. It’s also why this post is Day 0, since technically we have begun the trip, although we haven’t done anything yet.

I chose the “RELAX with extra spacious seats” seat type because Fu always has a problems with seat area due to his long legs.

The “extra spacious” comes from the bus having only 9 rows instead of the usual 10. Still, it was a little crammed if the person in front reclines back all the way.

In fact, on the return trip, Fu could not recline his seat much because the lady sitting behind was quite er, big-sized and when he tried to recline, it hit her knees T_T

This seat comes with a hood that you can pull over to partially shield the light. Very handy, although I brought eye masks along as well :)

They provided a blanket, but the air-conditioning was quite comfortable with my t-shirt+jeans outfit.

The bus departed and arrived right on the dot, in standard Japanese style.

On the trip to Osaka, the bus was not equipped with a restroom and in total, 3 stops were made at service areas.

I love service areas!!! They’re so huge and there’s the feeling of holiday-ness when you stop there. Ok, yes, I suppose most people stop there because they are on holiday… But you know what I mean!

On the return trip, the bus had a restroom, so only 1 stop at the service area was made.

All in all, I have no major complaints.
But will I travel by bus again?

Not if I can help it.

Maybe it’s just my body, but the ride isn’t comfortable for me at all. The seat allows for a recline angle of 140 degrees, but it didn’t make much of a difference to me.

It was especially bad on the return trip with the accumulated muscle aches. When I woke up, it literally hurt to move every. single. part.

My neck, shoulders, lower back, knees thighs, calves… ANYTHING that could move, hurt.

I had to move very slowly and very carefully and I felt like some ancient, rusty full body armor coming to life. 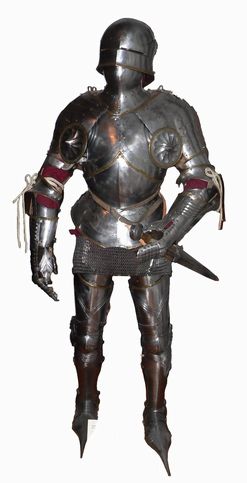 I swear you could almost hear the creaking sounds as I moved.

So no more long-distance bus travel for me! (unless I have to, sigh)

Stay tuned for the posts of the days following!