By that, I mean kicking the bucket list in the ass.

Of course, we could have kicked the bucket in its true euphemistic sense in our latest bucket list attempt, but well, we evidently didn’t, since I wouldn’t be able to blog this.

There’s no internet in the afterlife.
I think.

I’ve wanted to skydive since I was a kid. Don’t remember why or where the thought came from. Probably some childhood fantasy about flying and whatnot. But I’m so happy to finally do it!

I prepared myself by watching skydiving videos on YouTube, taken by the same club – Tokyo Skydiving Club – we are going to. As I watched the videos, I imagined I was the one falling out of the plane and my heart would race, but I was also so excited!!!

Finally, the day dawned upon us and the 4 of us trooped off to Honda Airport in Saitama.

We arrived about an hour ahead of our jump and soon found out that the group before us had their jump halted due to the foreboding rainclouds! D:

We had no choice but to wait it out.

After 2+ hours, the weather finally let up with the wind coming and chasing the rainclouds away! YAY!

But we were told that although there was no more rain, but the wind was getting suspiciously strong and we couldn’t jump either if the wind is too strong.

Just let us jump can! Took 2 hours to travel to this ulu pok place! I don’t want to travel here again! Plus the SUSPENSE!!! I NEED to jump!

Fortunately, the group before us quickly went and jumped, and we quickly prepared to go too.

And jump, we did! 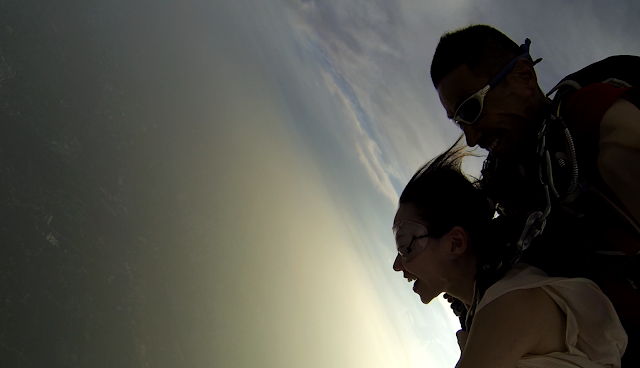 Tumbling happily in the sky

This was my thought process as my body left the plane:

I’M FALLING THROUGH THE SKY!!!

… What if my parachute doesn’t open?!

… Goodness, the sound is deafening! And all this crazy wind is making my mouth so dry!

… It looks so misty. Oh, are these clouds?
OH MY GOD I’M BREATHING IN CLOUDS!!!

Somewhere at the 2,000m mark, the tandem master deployed the parachute and halted the deafening sounds and my hyperactive mental monologue (hmm, is “mental monologue” contradictory?)

With the parachute open, I could take in the surroundings better as we leisurely drifted to the ground. 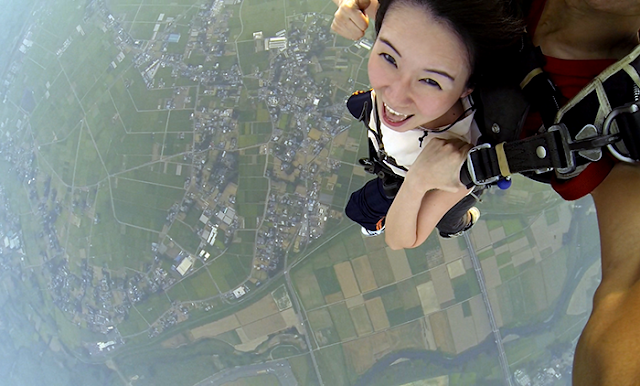 All was going well until he decided to do some crazily tight spins. 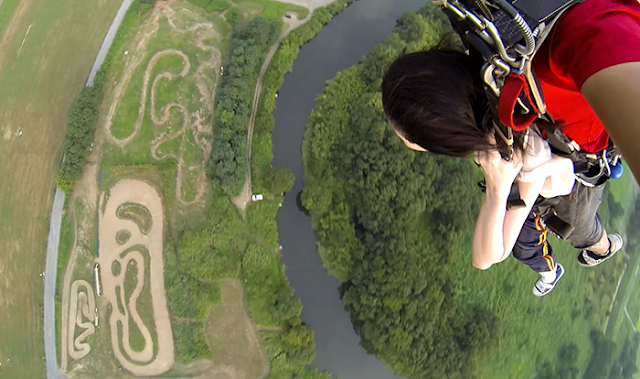 When we went paragliding previously, the tandem master also did that to me!!! But Fu has never ever experienced it! Why do they only like to spin me?! WHY?!! Hate it. I felt nauseated for quite a while after landing T_T

This is also the reason why I hate those stupid tea cup spinning rides in amusement parks. Not amusing at all!

I asked Fu what went through his mind as he jumped out of the plane.
His went like this:

I have no reply to that.

I shall just show you his jump pictures. 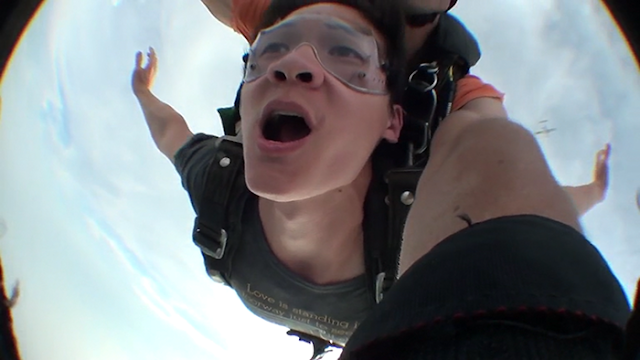 Slicing through the air with an elegant pose 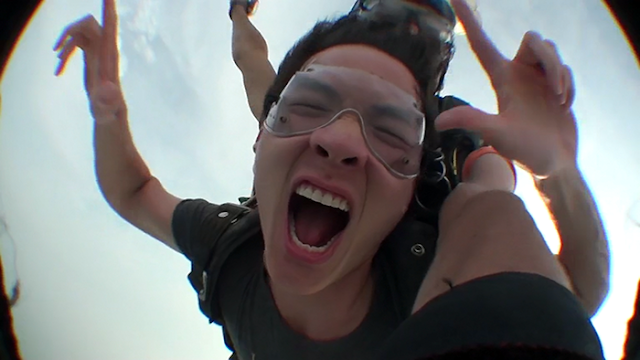 … which quickly deteriorated into a crazy person yell 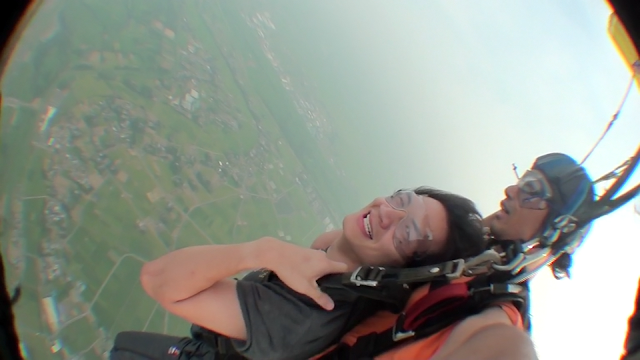 But as funds are limited, I have to prioritize fulfilling other bucket list items first! I’ve already started taking action towards the next one ;D

In closing, a photo of the 4 daredevils! 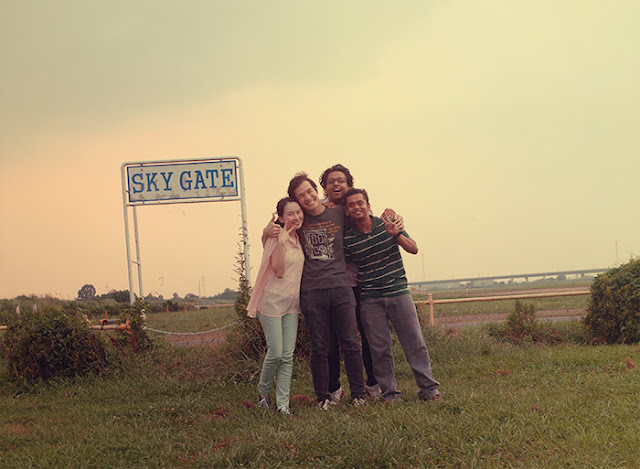