Ok, I lied.
It’s probably a tie with Kura sushi. I love them both muchly! ♥

But I do eat Tenya more often because it’s much more accessible. Kura sushi branches are mostly hidden away in ulu residential areas >___>

Oh, just to clear up any ambiguity,

Basically, don (丼) is rice bowl, so anything-don = rice bowl of the anything. Hahaha. My explanation is ridiculous.

My usual is the ‘All Star Ten-don’, which consists of: 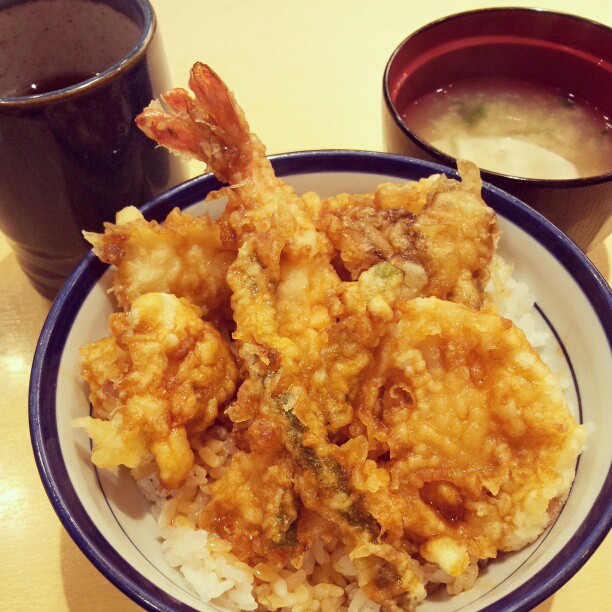 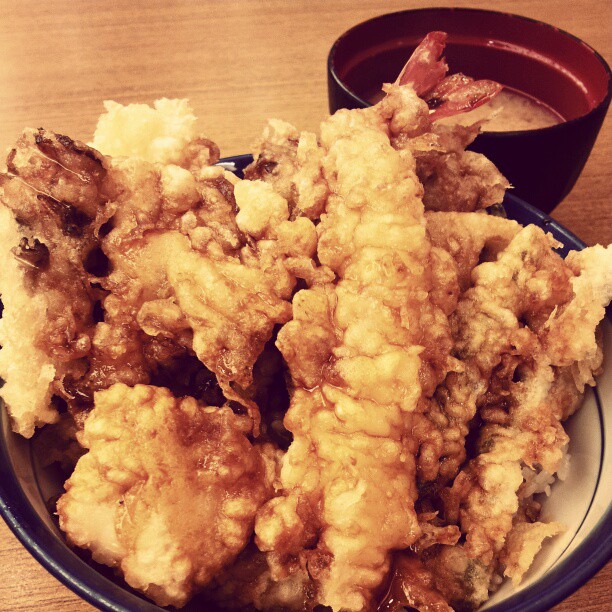 I had an extra free serving of maitake mushroom for this one (from a coupon they gave!) 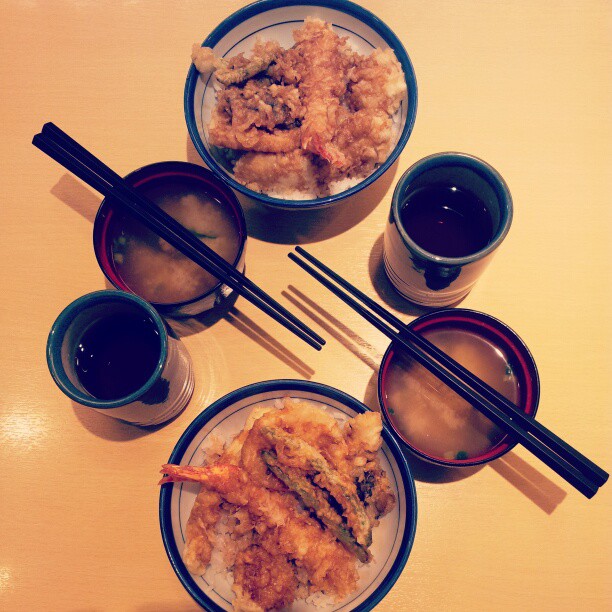 Your eyesight’s fine. There really are doubles, heh

They run seasonal specials depending on which time of the year it is, and during winter, they had a Winter Feast: 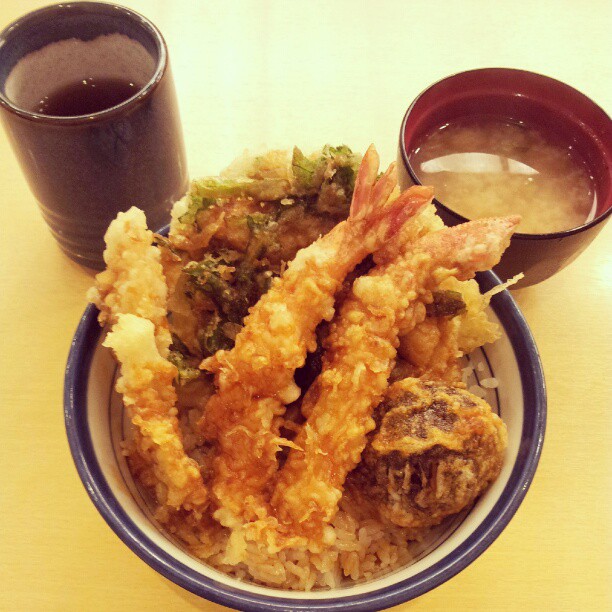 Shu insisted I try this and I’m glad I did, even if it was a bit pricey (compared to my usual). The crab was really delicious :9

After the Winter Feast, they had a Spring Special: 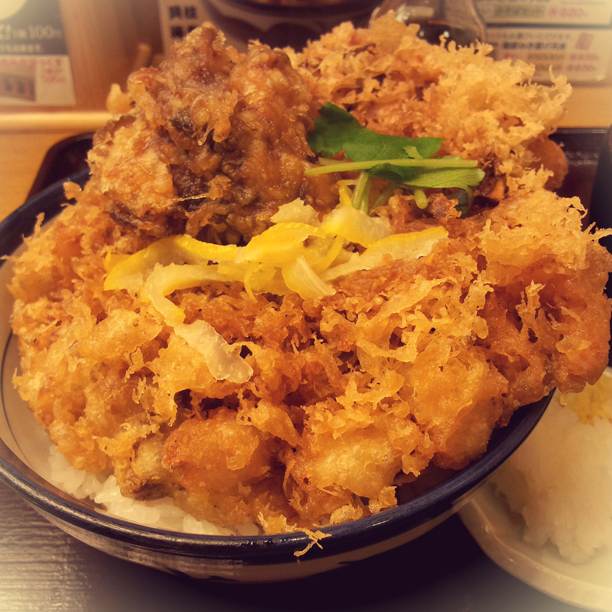 The best thing about Tenya is that the food is not expensive, and plenty delicious!

The All Star Ten-don is just 650yen (~SGD 9). Cheaper for me at 600yen, because I downsize the rice portion. I wished I could downsize it even more because I’m always stuffed to the max even with the smaller portion of rice -__-

Even though they are primarily a rice bowl shop, they also serve soba and udon!

I highly recommend you trying this chain out, especially if you enjoy Japanese food.

So far, I’ve had 100% success rate with introducing people to eat there, and them loving it. I guess the only downside is that if you love it, you will miss it terribly too after leaving Japan, just like so many before you…

There’s one in Haneda Airport, B1.
For other outlets, refer to the link below!

One easy-to-access branch is in Harajuku.
From JR Harajuku station, walk to end of Takeshita street, and you can see it right there across the road.
(you can see it on Google Maps’ street view!)

My favorite Oyako-don in Japan